Why is the Emerald Triangle So Good for Growing Cannabis?

The epicenter of cannabis in the USA has long been an area of northern California and southern Oregon with rolling hills and a unique history. What makes the “Emerald Triangle” and Rogue Valley so special in the cannabis world is more than just great terroirs. Let’s look at this rich and storied farm land in context.

What is the Emerald Triangle?

The Emerald Triangle is made up of three counties near the northern border of California: Humboldt, Trinity, and Mendocino. Just a couple hours away is the Rogue Valley, running along the Rogue River in Jackson and Josephine counties in southern Oregon. But nature knows no political borders—there are differences between the two areas but they operate in concert and we will consider them collectively. This combined agricultural region is known for high-quality cannabis and has been responsible for much of the cannabis production in the U.S. for many years.

Remember that hemp and marijuana both come from the same plant, cannabis, which naturally contains Delta-9 THC, the single cannabinoid that is under federal-control, and the main psychoactive substance in cannabis. The amount of Delta-9 THC existent in the plant material per dry weight determines the federal-compliance of the final product. The 2014 Farm Bill defined the legal limit at .3% so cannabis with less than that is considered legal hemp. The 2018 Farm Bill expanded on this, making it clear to legal experts that all other plant material and substances derived from legally-defined hemp are also federally-compliant.

This progress means that even in states that do not yet sanction marijuana, people can use high-CBD, low-THC cannabis products as well as other hemp-derived cannabinoids including flower, gummies, vapes and oils with Delta-8 THC.

How did the Emerald Triangle get its name?

Local historians may not know who coined the term Emerald Triangle but the name is believed to be a reference to the “Golden Triangle” in southern Asia [1]. The area where Thailand, Laos, and Myanmar meet is so called because of the value of the opium and heroin produced by the region since the 1950s [2].

Cannabis and opium?!? It is a scary connection but the homage is most likely tongue-in-cheek.  While cannabis is nowhere near as dangerous as opioids, it is nonetheless assigned the same legal category in the United States. The Drug Enforcement Agency (DEA) lists cannabis alongside heroin and cocaine on its Schedule 1 of controlled substances. The DEA states that drugs on this list “have no currently accepted medical use in the United States, a lack of accepted safety for use under medical supervision, and a high potential for abuse [3].”

Even the DEA has called for more research and development for therapeutic medications.

People who understand cannabis’ benefits and history know that the DEA’s position needs clarity, and even the DEA has called for more research and development for therapeutic medications [4]. But there are obvious similarities between the two markets – notably a great consumer demand for the cash crops, and the illegal status of those valuable crops.

Regardless of the exact derivation, the Emerald Triangle lives up to its name. There are estimates of 20,000+ farms in the area, some worked by three generations of growers [5]. Cannabis farms have populated the area since long before California or Oregon have had organized medical and adult use programs.

What are the politics of the Emerald Triangle?

Why here? In the 1960s, hippies from the Bay Area of California traveled north as part of a back to the earth movement—to live off of the land and off the grid. By doing so, they sought to honor and use nature’s bounty for good in opposition to commercialism and war. As these countercultural pioneers established their own society in the rural northern counties, they cultivated cannabis for income. Trial and error and natural innovation followed, and the area became home for forward thinking cannabis production methods ever since [6].

As time moved on, cannabis reached more people with its goodness and prices for the controlled substance went up, attracting still more people to the region to grow. However, some of the newcomers may have had more interest in revenue than in honoring the earth and sun.

There has been a certain and perhaps necessary “outlaw” element to the areas since their early days as cannabis epicenters. Given that cannabis was, and is, federally illegal, this is easy to understand. Growers needed to avoid law enforcement where possible and still protect their investments [6]. Oregonians have also historically embraced an outsider status tied to the difficult terrain and remote location of early western exploration and expansion in the Pacific Northwest. This mindset is similar to the Californians who migrated north to the Emerald Triangle.

There is additional overhead required to run an operation below the gaze of authorities. As federal law enforcement made efforts to crack down on grows, farmers went deeper into the environment and further off grid. The unique rugged and mountainous environment of the Emerald Triangle could support these needs. The relationship between the land and the peoples’ needs grew together into the established markets and communities we see today.

What is the State of Jefferson?

A striking example of the outsider mindset of the Northern California / Southern Oregon region is the State of Jefferson movement of the mid-twentieth century. “The State of Jefferson is a proposed U.S. state that would span the contiguous, mostly rural area of southern Oregon and northern California [7].”  A group of residents of the area felt underserved by, and underrepresented in, their respective state capitals and wanted to secede and form their own territory. The proposed State of Jefferson is shown in red.

On November 27, 1941 they released a Proclamation of Independence and established State of Jefferson border access points patrolled by gunmen. The movement was quashed before it could gain much momentum though, when Pearl Harbor was bombed on December 7, 1941 and secession proponents’ efforts turned to the war [7].

This wasn’t the end of the movement though. In 1992, 31 northern counties in California voted to split off from California to form a separate state. Again in 2013 there was a revival of the idea and many northern counties again proposed and passed declarations indicating a desire to separate [7].

The ultimate success of independence efforts is unlikely but the popular push illustrates the ingrained, hard-nosed independence of those who make their home and livelihood in the Emerald Triangle / Rogue Valley zone.

Like California, Oregon has diverse growing environments. The Rogue Valley is located in the heart of the southern growing region, long revered by vintners and fruit growers for its favorable conditions.

Portland State University has undertaken research to study cannabis terroirs in Oregon. A terroir is the collective characteristics of environmental factors that affect a crops’ phenotype, or how its exact characteristics are expressed. In wine science, as well for other crops, it is presumed that the land grapes are grown on imparts a specific flavor profile to the resulting crop [8]. The soil composition, climate and topography all play a role. It is in this spirit that the cannabis terroir project follows.

Early findings indicate there are 6 or 7 cannabis terroirs in the Rogue Valley area which may promote distinct flavor profiles for crops harvested in each [9]. Three main soil types were studied as they are common in the southern Oregon region. There are 12 Soil Orders in total, as classified by the U.S. Department of Agriculture. Each represents a “grouping of soils with distinct characteristics and ecological significance [10].”

Ultisols – acidic forest soils with relatively low fertility; macronutrients have been leached out.

Alfisols – forest soils that are similar to Ultisols; less acidic and more fertile.

Mollisols – grassland soils that have high fertility and are rich in calcium and magnesium.

The Emerald Triangle’s main soil types coincide with Rogue Valley’s with one exception.

Ultisols – acidic forest soils with relatively low fertility; macronutrients have been leached out.

Alfisols – forest soils that are similar to Ultisols; less acidic and more fertile. 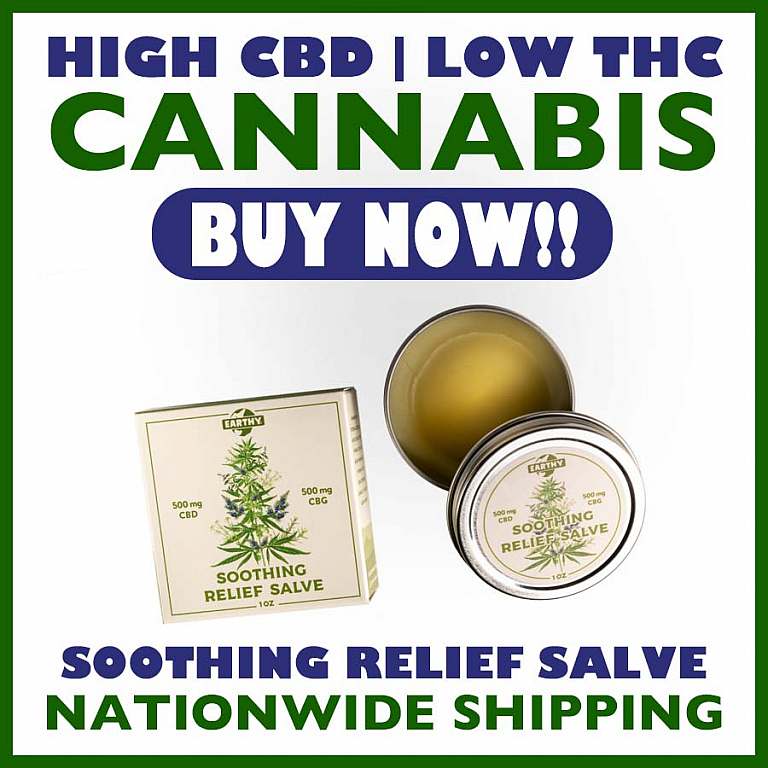 What is the best terroir for cannabis?

Climate and topography are the other factors in terroir. The Rogue Valley area is geographically diverse, but generally the temperature stays between 32° and 93° F. The region has the warmest growing conditions in the state, with cooler microclimates scattered throughout its hillsides and valleys [9]. Attuned growers can breed strains to flourish in specific environmental conditions. Some of the microclimates are hotter too, which can actually be ideal for sativas [11].

On average there are 195 sunny days in Medford. Oregon, located in the Valley, and 23 inches of rain annually, 15 inches less than the national average [12]. Much irrigation comes from the reservoirs in the region, which are typically replenished from melting snowpack and what rain the area gets [13]. Wells and surface waters in the area are of course tapped too. Times of drought can cause major issues for agriculture in the Valley. The Oregon Department of Agriculture is the agency responsible for managing the water plan for the region but local management agencies, advisory committees, landowners and the public are all active stakeholders [14].

The Emerald Triangle also seems to have a conducive outdoor environment for cannabis to thrive. It has a climate of cool nights and warm days in the summer, as well as ideal soil and wind conditions [15]. Humboldt County usually stays between 39° and 75° F. It receives 55 inches of rain annually, 17 inches more than the national average [16].

Irrigation in the Emerald Triangle also comes from many sources. Surface water diversion, spring diversion, wells, rain collection, and other offsite sources are all ways farms water their crops [17].

Final thoughts on the Emerald Triangle: Right time and place

Yes, two of the most prolific locations for growing cannabis have the right conditions for agricultural success, but that’s not enough to establish them as flagships of the industry. After all, we know cannabis grows in most climates and on every continent except Antarctica [18] so there must have been more to it.

The attitudes and politics of the West Coast and Pacific Northwest played a crucial role in building up the cannabis industry. The individual Emerald Triangle / Rogue Valley communities have grown in tandem with the industry, and both are inextricably connected at this point. They represent the capital of cannabis for the United States and much of the world. Do you get high off of CBD?

High CBD, low THC cannabis can produce a range of effects from clear-headed alertness & energy to calm & relaxation. CBD is not psychoactive. Although everyone is different, it is possible that you will feel intoxicated or “high” after using CBD products. All of our products are federally-compliant, ie. hemp derived and contain less than 0.3% Delta-9 THC per dry weight.

Will CBD products show up in a drug test?

Product labels have suggested serving sizes, but is recommended to start with a small amount and gradually increase the dose until you reach a satisfactory level. Consult with your healthcare provider for guidance on health benefits like pain relief.

A certificate of analysis (COA) is a document attesting to a product’s laboratory analysis for cannabinoids and in some cases adulterants, heavy metals and pesticides.

What is a COA? Certificate of Analysis
Scroll to top
Free shipping if you spend over $120.00